I’m finding it very difficult to put into words the feeling of hopelessness that today brought.

The best I can come up with is to define it in the macro sense with this image: 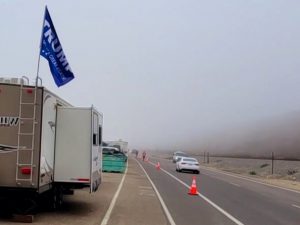 The Shoreline Marathon bills itself as having “beautiful ocean views.” The marine layer was one thing but the real scenery killer were all the RVs parked along the highway, many flying Trump flags. I refused to take a photo, even for documentary purposes, of the one that read “God, Guns and Trump!” But given the sea of “Let’s Go Brandon!” and “Trump 2024” flags, it was the stuff of dystopian nightmares. That after we all witnessed what that man did in the Oval Office… and then have seen new evidence this summer of what that man did to try and topple our republic and stage a coup… it feels hopeless to ever again having a civil conversation or civil union again. It’s heartbreaking. 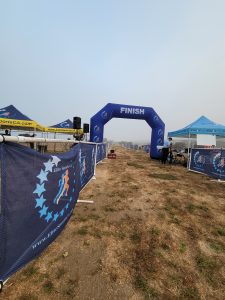 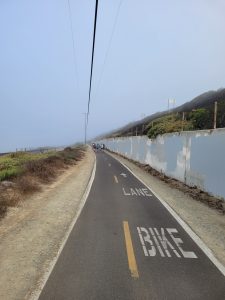 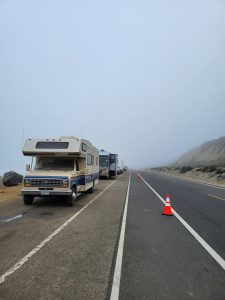 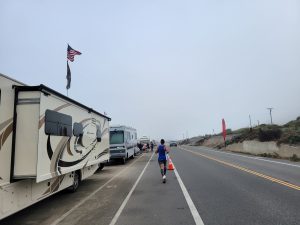 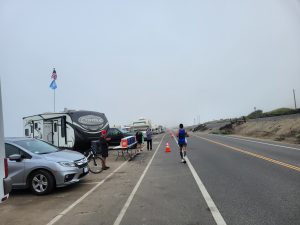 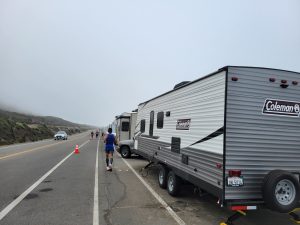 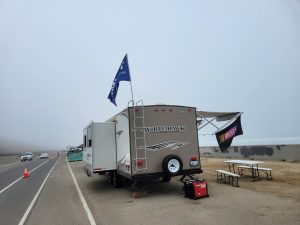 That’s the macro. The micro is that my left foot’s neuroma is as bad as it was in January. And my right foot now seems to be exhibiting the same stabbing pains. After hundreds and hundreds of dollars of co-pays, shots, meds, physical therapy, and efforts, I’m exactly where I was six months ago… if not worse because now both foot seem to be suffering from neuromas. That feeling of hopelessness, of pointlessness, is directly tied to wasting money and more importantly time on ineffective courses of action.

I walked a lot of the course, somewhat out of injury and perhaps more so out of psychological defeat.

I found myself wondering along the way… and more now that I’ve gotten home… if this isn’t the end of it all. Maybe I need to just stop running and give up. It doesn’t seem to matter one way or the other.

As I said. It’s a feeling of hopelessness. 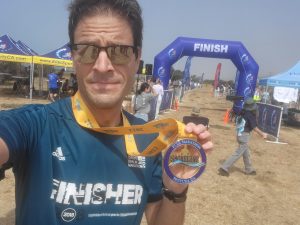