If I’m being honest, a lot of what I’ve been writing and posting has all been anxiety fueled smoke and mirror distractions. I’m nervous about my trek to Vietnam. Besides the historical weight of colonialism, communism, war and crimes against humanity on all sides, I’m also just feeling … old? off? I’ve felt discombobulated for weeks, months even, and thus I’m not sure wandering around Southeast Asia is the best cure all.

I spent some of my layover in Tokyo re-researching Vietnamese phrases and sights to see. Of the former, my language skills are poor in general but they are especially so with this part of the world’s tongues. What’s the old joke? I speak all languages except Greek? What about Vietnamese, they say. Oh I don’t speak that, the reply; it’s all Greek to me.

I did find a different website that offered marginally more effective speaking guides for me personally. We will see how I do.

I spent my last hour in Tokyo’s Haneda Airport trying to figure out if I could book an afternoon half-day tour upon my arrival in Ho Chi Minh with little to no luck. There were a few possibilities, even an early 8 am one I *might* be able to make if immigration goes smoothly (I’ve had three different ticket counters ask about my visa; the two page PDF letter I got from that online service so far has been ok. Fingers crossed it’s legit when I land!). Still, I didn’t want to book the tour beforehand as that seemed certain to jinx my 5:15 am arrival into the former Saigon.

<REDACTED></REDACTED>
This will probably make little to no sense to my single digit blog visitors, <REDACTED> </REDACTED> I bet it’s all Greek to you.

But in this case I know precisely what this is all about.

I’m feeling haunted. <REDACTED> </REDACTED>The conflicts of the past wade into our futures.

I’ve long thought of life as a series of efforts to rectify or replicate the past, to pursue happiness by whatever means we can. <REDACTED> </REDACTED> I think it’s the worry of a grand waste of time and energy, of taking for granted a multitude of advantages and luck that has me touring downward through a spiral of depression, guided by a knock off Virgil with I little more than a hack Dante wannabe.

No good things are written at 3 am on a plane… nor for that matter at 1 am as I forgot to set my watch back two hours for Vietnam. 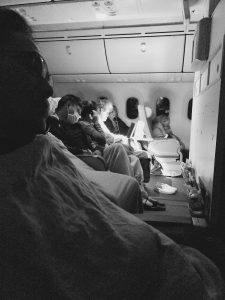 I should just jettison these wallowing words; at the very least I’ll try and redact them once the sun rises.