Ugh. I feel terrible. It’s not the fast turnaround from LAX to home to LAX to 36,000 feet. Though to be fair that’s not helping.

It’s not the terrible hair day I seem to be perpetually enduring (seriously – what is happening to my hairline? It’s like global warming is melting the ice caps AND causing my hairline to recede at the same time).

And it’s not MUSEUM, the lousy Japanese serial killer movie I just endured that combines the gross out concepts of SEVEN with the bloody graphicness of SAW and adds in the most disturbing elements of a CRIMINAL MINDS episode all at once. 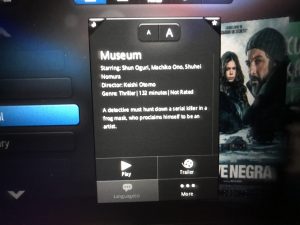 But I think it’s the sense of being a captive audience, a feeling that I might as well stuff my face with snacks and wine, that has contributed most to my bloated excessive harrumph-mess… and while you’d think I meant to say “harrumph-ness” no, no, Nanette… I meant “harrumph-mess” as I’m truly, categorically and unequivocally a mess.

Plastic glass upon plastic glass of red wine (what blend? Who knows, they said. It’s red, they said). Biscoff cookies galore. I did resist the Haagen Das ice cream offering as, well, it was a none-too-clandestine attempt to poison me: 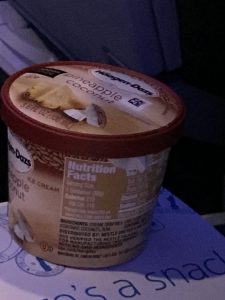 Furthermore I opted not to set my alarm even earlier this AM for a morning constitutional run; thus I’m feeling even more “what about blob-ish” [sic] than usual. I suppose I *could* use some of my upcoming ten hour layover in Tokyo to walk a distance but I’m still feeling the aches and pains of Jack and Jill times two.

Having said that, and upon further reflection during this stream of consciousness claptrap I’ve tapped out on my phone, maybe the real reason for my feeling adrift in midair is that this kid in front of me is on his THIRD viewing of BOSS BABY. 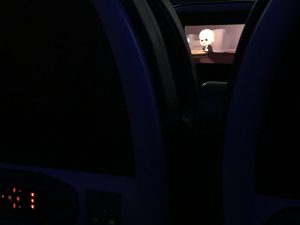 I haven’t seen it but I cannot fathom it being so layered and so nuanced that it requires three viewings in four hours. And the kid just keeps laughing at the same spots. I have favorite movies too but even BACK TO THE FUTURE I couldn’t watch back-to-back-to-back and still enjoy it. 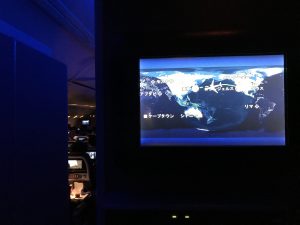 There’s a line in THE QUIET AMERICAN, one of many actually, that haunts my waking hours at the moment:

“Sooner or later, Mr Fowler, one has to take sides if one is to remain human.”

At this moment I’m tempted to tap the kid on the shoulder and advise him to try another movie. But if it makes him happy, who am I to judge? Perhaps I’m just jealous that he can find joy in repeated viewings of what strikes me as a kinda one-joke premise. Maybe I resent the seeming ease he has at being happy.

Sigh. I wish I hadn’t had all that junk food. It’s messing with my head, body, soul, and soles… the latter as literally I just stepped in some kids’ discarded ice cream container he threw on the floor. Swell.

Which means there’s still plenty of time for cookies.

What am I doing?

A friend of mine and one-time Honors Thesis advisor posted on Facebook this photo from a hometown she was visiting this summer. 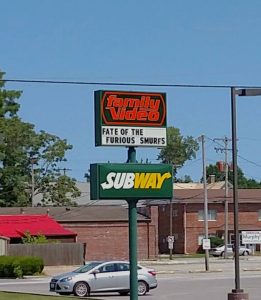 Two things of note: the title mashup obviously and secondly who knew in this day and age there were still standalone video stores?

I forwarded it to another friend who works st Universal since I knew she’d get a kick out of an inadvertent Fast and Furious meme. When she said Uni would probably prefer to keep the IP in house and thus she’d prefer seeing a Fast and Furious Minions, well, challenge accepted: 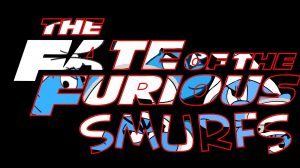 I’m not sure why I’m posting this. Probably to better explain what happens between races. There’s an exchange in James Gunn’s SUPER, a what if superheroes were average joes in the real world flick that’s mostly middling. But this line is great and sums up the high concept premise of the low-rent storyline: 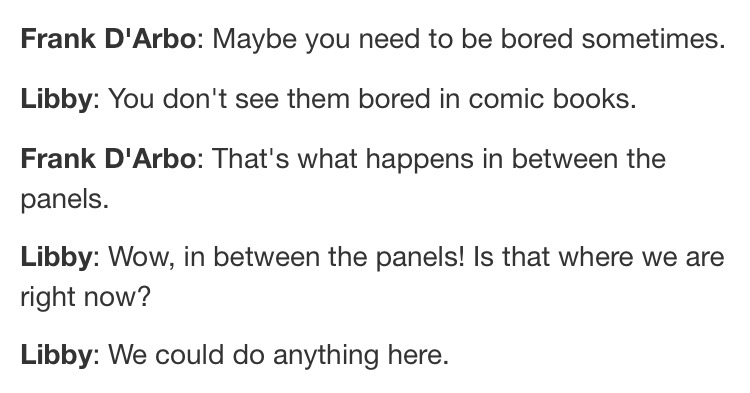 So in that vein, this post is kinda about what happens between one race’s finish festival and the next race’s start line.

What am I doing? Sometimes being alone with one’s thoughts provides clarity or insights. And sometimes it just provides loneliness.

I just watched “The 100th Love With You,” a Japanese romance that mixes Groundhog Day with a Nicolas Sparks novel. 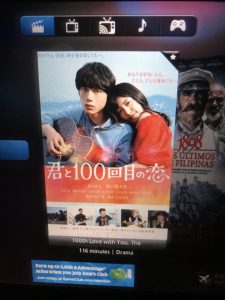 Time travel occurs via a magical vinyl LP, a record of life, enabling a boy to woo and win a childhood sweetheart and seek a perfect day that will hopefully enable him to prevent her untimely death, as he drops the needle on life to replay events from the past and get things right. But it’s more Sparks than Ramis and I’ll admit I got choked up at the inevitability of fate. Maybe it’s the wine, maybe it’s me being a sucker for romance or maybe it’s the isolation of solo air travel. Where was I going with this? I don’t know. This is a real mess of a post… though perhaps an entirely accurate reflection of where I’m at at this precise moment.

But I managed to circumnavigate the transit terminal repeatedly and post, at least according to my iPhone’s health app, a little more than a 10K (I started at 0.64 miles because I ambled up and down the plane’s aisles during the flight… and the walk from the gate to the transit terminal was typically far). 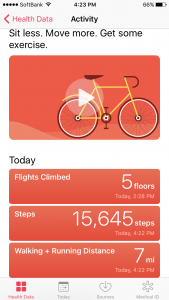 And I don’t normally have time to indulge in such luxuries at the airport clubs.  My international ticket and frequent flier status affords me access to the club lounge… and this one happened to offer showers.  So as the rain shower head washed away a bit of the travel, I feel almost human again.  I probably should’ve waited until it was closer to my departure… but I had just walked a 10K. My flight boards in 7 hours.  If I can find a quiet corner, I may grab a nap. And those rain showers are a bit of a worry for lugging my bags through the city.  Perhaps a respite at the Hotel Continental in Saigon/Ho Chi Minh is in order when I land.  I doubt I can get into Room 214, Graham Greene’s preference, but I bet I could sip a drink in the lobby and contemplate life and time… although given the melancholy mush that appears above, maybe I should contemplate something else… or at the very least strive for a bit more insight than the ravings of a flying loon.