I really have to stop doing these “leave the apartment at midnight, drive five hours, run a marathon, then drive home” adventures.  Is it the mileage on the road or the mileage on the race course that takes the biggest toll?  A question for the ages… or the aged as the case may be.

It dawns on me that in my quest to Boston I’m running an if not “greatest hits” series of event then at least a series of “I’ve run these before, don’t call it a comeback, it’s a numbers thing” races.  All of the races from here on until Boston are “repeats.”

I ran the Red Rock Canyon Marathon in 2015.  I recalled the course once I got on it.  And I had downloaded the elevation chart the night… or was it day?… before.  Those two hills are brutal:

It was cold on the morning in 2023.  So cold the race director warned us that aid stations would be prone to black ice from tossed water cups. 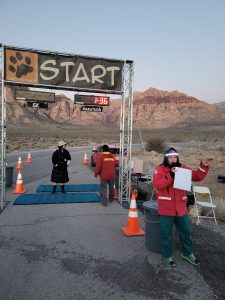 It was no joke, as in the opening miles I feared my fingers would suffer from frostbite.  And those that know me know I don’t smoke… so this animated GIF is all oxygen/carbon dioxide:

But it was and remains a beautiful place to run.  I just found the altitude and hills overwhelming and wound up walking far more than I did in 2015.  Which was… humbling.  Eight years exacts a price, just as surely as a sleep-deprived late-night/early morning drive on I-15 out to the Nevada desert.  That sounds like an excuse but it’s more a statement of fact. 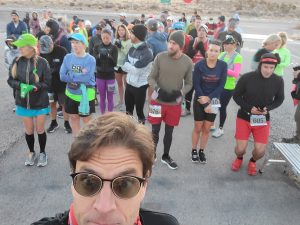 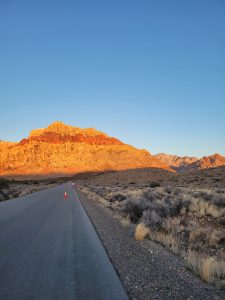 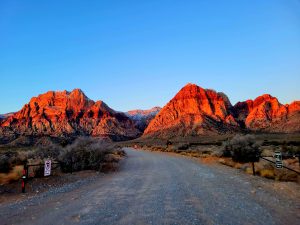 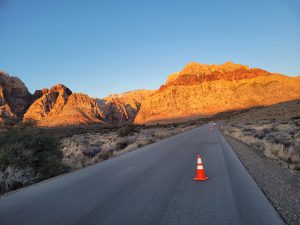 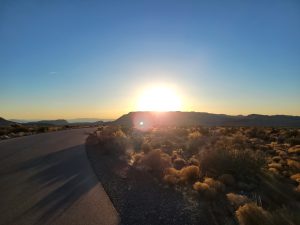 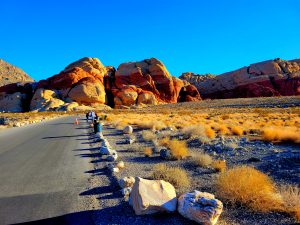 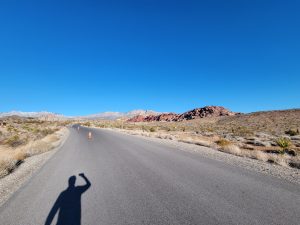 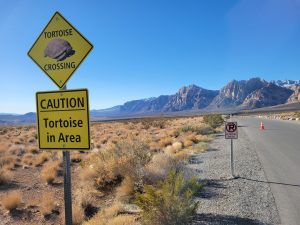 As for the road trip — 16 hours from start to finish.

And then there were five… Surf City, Lost Dutchman, Socal River, LA, and finally Boston.

The project, as they say, continues….