Oh, man, it was cold. But not as cold as it could have felt as there was zero wind — it’s the wind chill that’ll get ya. 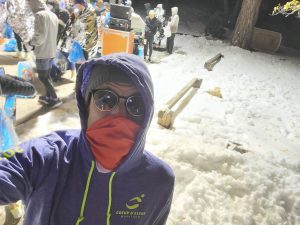 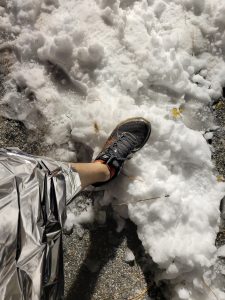 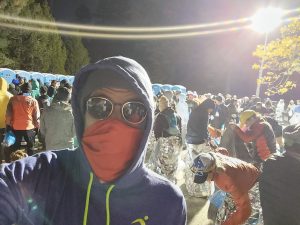 Sure, sure. Because the race began at altitude — 8000+ feet — my eighth grade science teacher Mr. Ennis would have been able to explain the air gets colder the higher up you go the mountain. There’s a term for that but I’m too lazy to google it… besides, in the post-truth era we find ourselves, the internet might just decry the science as heresy.

Note: The decreased temperatures at altitude is apparently related to the lower air pressure as we climb higher.  The standard/average lapse rate is 3.6 degrees colder per 1000 feet in elevation.  Thanks, Science!

It was a chaotic start as they weren’t able to get the bag check truck out in front of the runners… ironically (is it ironic?  Maybe not, maybe just weirdly) when I finished the bag check wasn’t able to sort the bags anyway so there was just a pile of bags we had to scavenger hunt through to find our respective bags.  It was the worst sort of Amazing Race challenge imaginable… especially having just run 26.2 miles. 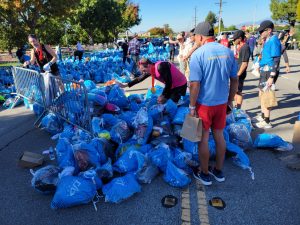 But here’s the good news.  It was a downhill race… and coupled with the cool temperatures… it made for some ideal running conditions.

I ditched my Coeur d’Alene running jacket around mile 14 once the sun came out but even so the max temperature at the finish was around the mid-50s.

My quads were killing me… this is the only muscle group I understand after nearly 20 years of running.  Running downhill hurts those quads.  But what a time you can have if things go right. 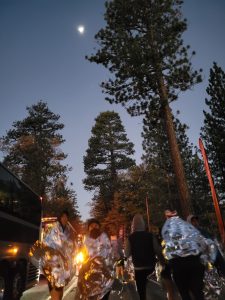 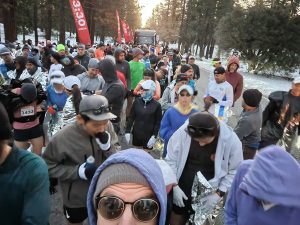 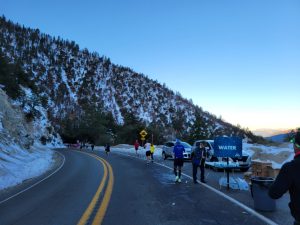 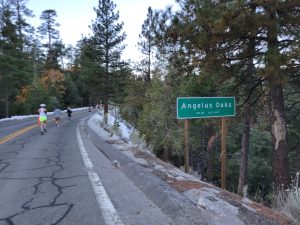 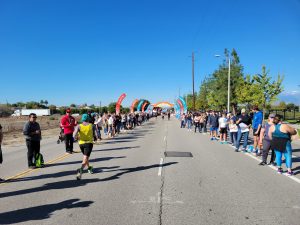 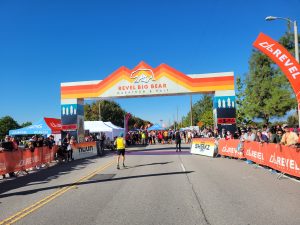 In the end, it was the best pace I’ve had since the pandemic.  So while not an official PR per se, it’s a PPR – a Pandemic PR.  It also all but guarantees me a spot in Boston in 2024 if I’m so inclined.  I wound up with an over 5 minute buffer for my age group qualifying time… albeit when I think about that even with that seemingly large cushion, THIRTY-NINE guys beat that age group cushion at this race.  Which just goes to show how fast this course can be. 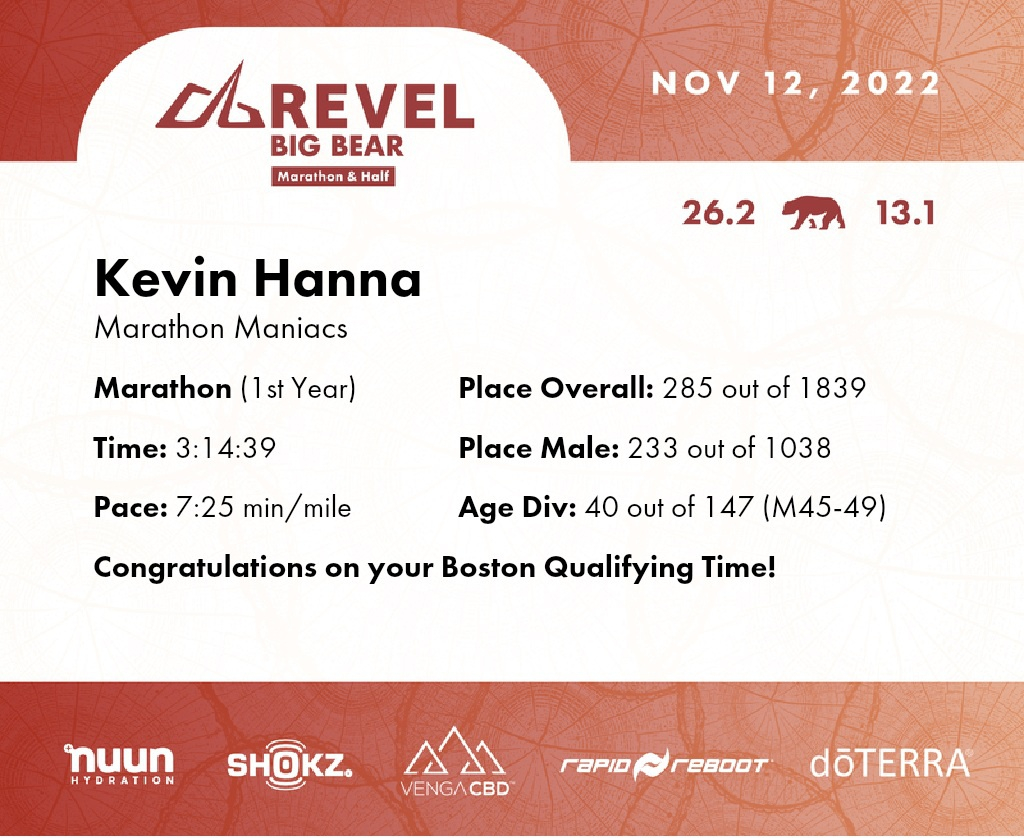