No thanks to a chaotically managed series of delays and gate changes courtesy of Southwest Airlines, I finally made it to Sioux Falls, South Dakota. By the time my flight landed, the expo and bib pickup were long since concluded.  The marathon is tomorrow morning; thankfully I was able to email the race director and ask for a special race day pickup.

It was therefore a mad dash to see the Roadside America sights and sounds of Sioux Falls. Weirdly not listed in their guide?  The namesake falls! And now, for the fans o’ the weird, I give you: 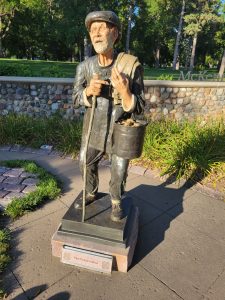 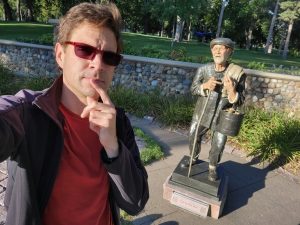 Would that he had an interchangeable top hat, removable ears and a trove of spare parts in his sack o’ potatoes!  He’s a monument to the Irish Migrants of Yore!  And to potatoes!

Next: The backside of David!  And the front too! 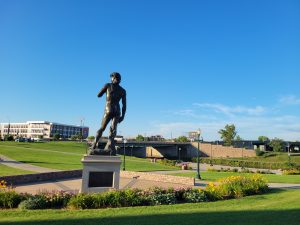 What confuses me is that it’s billed as “David by Michelangelo.”  But it’s not really, right?  I mean, Michelangelo didn’t carve this thing — it’s more of a tribute, yeah?  But whoever did the casting/carving gets no mention.  He or she is like The Rolling Clones, Lez Zeppelin or Oasish. 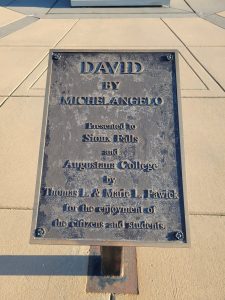 Outside of Smithfield’s HQ, you’ll find this pig walking on two legs. 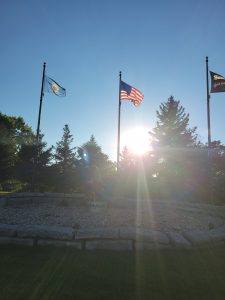 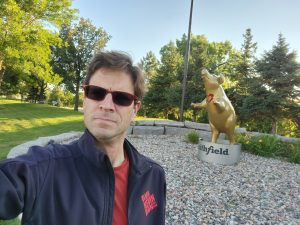 There are obvious Animal Farm jokes to be made here “Four legs good… two legs BETTER!”  But let’s be honest, however you spin it, that piggie is gonna die.  He shouldn’t be that happy about it. 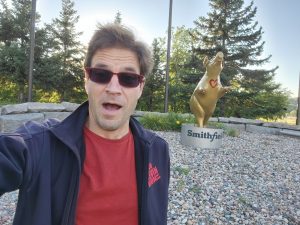 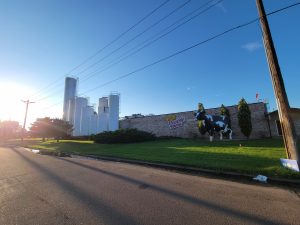 But I chose to go a different route. 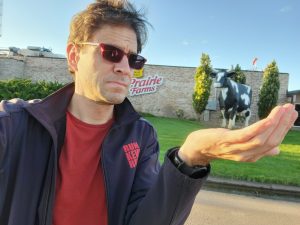 “Alas, poor Bessie!  I knew her well, Horatio.  A cow of infinite moos, of most excellent milk.”