Last night I heard a buzzing by my ear. At first I thought I might be in some sort of bumble-bee knock off of Jaws: The Revenge, with that Boone bumble bee hunting me down in a far flung location just as that great white shark pursued Mrs. Brody to the Caribbean in that terrible, terrible, but imminently watchable shark sequel.

Whatever the case, I thought it best to avail myself of the mosquito netting to sleep, to protect myself against whatever that flitting bug might be that seemed intent on dive bombing me as I slumbered. 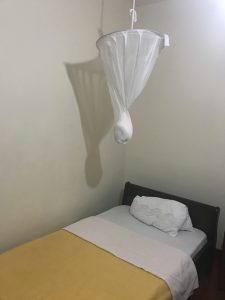 And yet throughout the night, I kept wondering what would happen if instead of keeping the bugs OUT, I had just locked myself INSIDE with my own buzzing enemy. This felt like every third act of every Alien-ish horror movie imaginable…

I tossed and turned and kept thinking I was hearing that flllliiiifftting sound of a winged creature around and about me. But the room was dark. I was sleeping blind. I was being hunted. Or so I thought. I would occasionally toss the mosquito netting to one side in the hopes the creature would either be contained therein or fly back out into the open… but then I second guessed myself that maybe that’s just what the winged foe HOPED I’d do, that it was instead lurking in the room and when I ventured outside my netting hoping to escape that’s when it would strike.

As night dragged on, as our death struggle continued, I realized just what a disadvantage I was at. For all human’s claims for being the top of the food chain, for being the current alpha species of planet earth, the reality is we are vulnerable and subject to a symbiotic and at times antagonistic relationship with nature. Our arrogance and belief that we are invincible, that we are incapable of ever having to pay the piper for our planet altering behaviors just may be our downfall.

This morning, I awoke to an itch on my hand. Sometime in the night, it had gotten me, a bite and a sting. 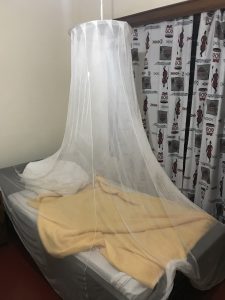 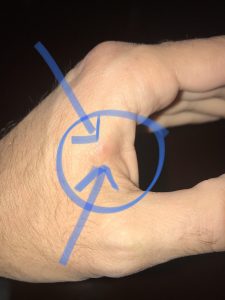 If I suddenly am bouncing off the walls, engaging in low-rent wrestling matches, ignoring purse snatchers who may ultimately murder my kindly uncle… well, you’ll know why.